Ways to Handle a Back Pain Problem 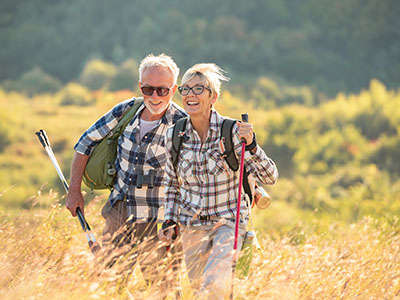 Ways to handle your back pain include finding the root cause, not ignoring or altering their back pain like most patients do.

There are three ways to handle any problem:

Unfortunately, typical back pain sufferers usually try to handle the problem the first two ways, instead of solving the real problem that is causing their back pain.

Many patients try ignoring the problem, at least for a while. But they are not really ignoring it, they are still complaining to their spouse about it or to friends, family or co-workers, until everyone is tired of hearing about. Then they typically end up at the doctor.

When I first started our physical therapy clinic, we were in a small facility in a very old, historic building. It had a ceiling tile that kept getting wet and water-stained above where we would treat patients. I told the landlord, and he called the HVAC company. They came and inspected the air conditioning and heating units. Their conclusion was that it was the roof that was leaking. So the landlord called the roofers. But the roofers blamed it on the HVAC. They went round and round like this for a few months and nobody really did anything. Until, finally, one day a shower pipe from the residential condos above us burst, and the clinic flooded, and we had to shut down. This was a classic example of what happens when a problem gets ignored. It only gets worse over time!

In the case of back pain, the problem usually starts out with pain only during certain activities. We ignore it thinking it will get better on its own. But then the pain stays longer, we have it when we walk, or sit, then we have it all the time. It just gets worse over time because we are ignoring the root problem that is creating our back pain.

The number two way to handle back pain or any problem is to alter the situation. With the water-stained tile, we began changing the tiles out because it was right above a treatment area, and I was embarrassed by the ugly stain. But the leak continued, so I ended up changing tiles once a week, which was very silly, and didn’t solve the real problem.

Our complaining back patient above has finally gone to see a doctor. The first thing the doctor does is to try and alter the situation by prescribing anti-inflammatory medication to reduce swelling and inflammation in the hopes that the pain will go away. And it might for a while. But research shows that anti-inflammatories actually delay the healing process, because inflammation is actually one of the steps our bodies use in healing.

But when the pain returns, the doctor prescribes pain killers, like opioids or some other narcotic. These only alter the way the brain processes the pain signals from the back, reducing the pain—for a while. In the end, the patient must take more and more of the narcotic to relieve the pain, which results in an accidental overdose in 70% of people taking narcotics for musculoskeletal pain.

Surgery, in many cases, is another example of treatment that only alters the situation, but doesn’t solve the root problem.  For example, I had a back surgery to repair a herniated disc (disc bulge) in 2004. The repair was successful, however 2 weeks later, I had another herniated disc in the same place. Why?  Because the surgery did not fix the problem that actually caused the disc to bulge.

In my case, the problem was really in my hip. My hip wasn't rotating enough. When I walked or sat, or did other activities, my hip was being called on to move, but because it couldn’t this put extra pressure on my spine to rotate more than it was designed to, which caused the disc to herniate.

In order to solve your back pain problem, we must look at how each area of the body is moving and how it connects and “talks” to the other parts of the body. Most of the time when you have pain in your back, the actual movement dysfunction is in the areas above or below the back. Your back is not the root problem and should not be the target of treatment.

To learn more, request the FREE book , The Truth about Low Back Pain, by CLICKING HERE: https://www.lowbackpainsucks.com/

Or attend one of our free workshops. Find the one that’s right for you on our EVENTS Web Page. https://www.thesuperiortherapy.com/events/

The Three Most Dangerous Back Pain Treatments
Day-to-Day Activities Sciatica Sufferers Should Avoid
Get Moving Again without Back Pain
Free Assessments for Physical Therapy Month
Moving Isn’t Important, Until You Can’t
Movement Assessment is Key to Good Health
1 2 3 … 22 Next » 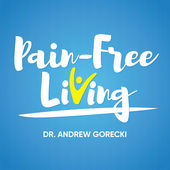